TOP 10 HARDEST WOODS:
1. Quebracho - From the Spanish “quebrar hacha,” which literally means
“axe breaker.” Aptly named, wood in the Schinopsis genus is among the
heaviest and hardest in the world.
2. Lignum Vitae -Widely accepted as the hardest wood in the world–this
wood has been listed as an endangered species and is listed in CITES.
Consider Verawood as a very close substitute.
3. Gidgee - This Australian endemic is both very heavy and very strong.
Some pieces are dark enough to be used as an ebony substitute: one that’s
even harder than the original article. 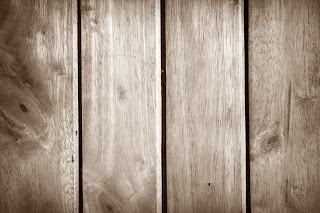 4. Snakewood - It’s easy to see what makes Snakewood so unique–its patterns
and markings resemble the skin of a snake. Limited supply and high demand
make this one of the most expensive woods on eart.
5. Verawood - Sometimes called Argentine Lignum Vitae, this wood is a gem:
inexpensive, great olive-green color, beautiful feathery grain pattern, and
it takes a great natural polish on the lathe.
6. Camelthorn - Formerly classified as a member of the Acacia genus, this
south African hardwood is a tough customer. The wood is stubbornly hard,
and the tree is protected by giant sharp thorns.
7. African Blackwood - In some parts of the world, this wood has achieved
an almost legendary status. Historical evidence points to this wood
(rather than Diospyros spp.) being the original “ebony.”
8. Black Ironwood - Pieces are very seldom seen for sale, as this tree is
too small to produce commercially viable lumber. Like the unrelated
Desert Ironwood, Black Ironwood is an excellent choice for small
turning projects.
9. Katalox / Wamara - Some pieces can be just about a dark as true ebony,
while others are a more reddish brown with black streaks. So much depth
in the Swartzia genus, there’s something for everyone!
10. Cebil- Also known as Curupay or by the exaggerated name Patagonian
Rosewood, Cebil is not a true rosewood. It has a highly variable streaked
appearance not too unlike Goncalo Alves.
Posted by Unknown at 07:53